There are some people that, when you meet them, you can tell they are going to become a big part of your life. You just know, you know? 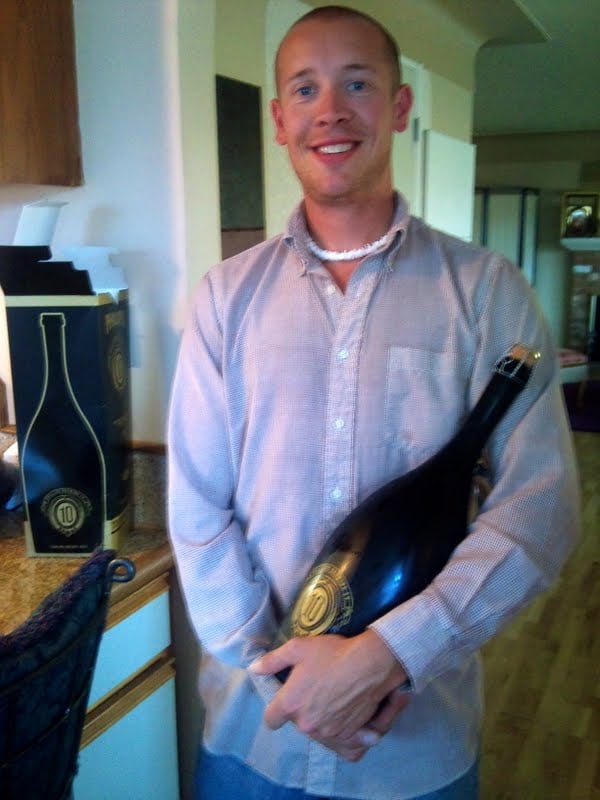 friend shane. avec beer.
And then there are those people that don’t. 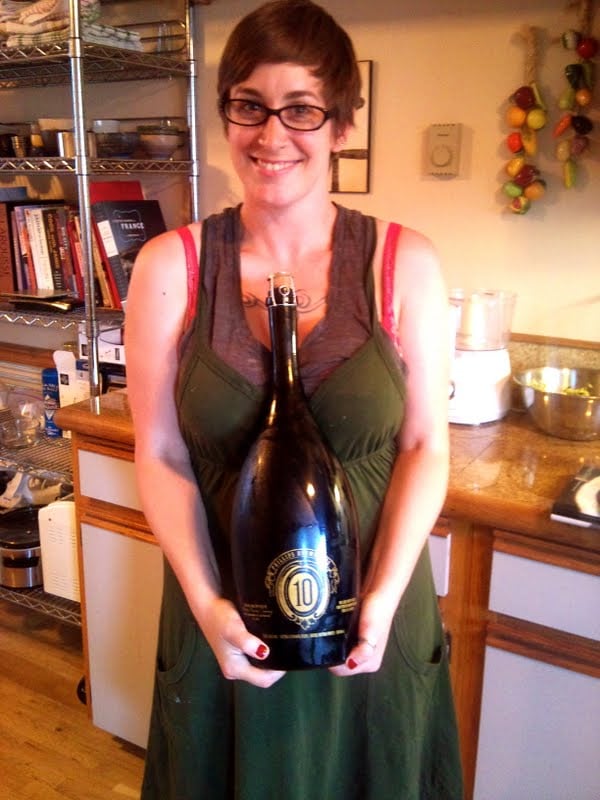 yeeeeeah, i don’t get dressed when i’m at home. ever
If we talk about the latter, said gentleman seems very sweet, very funny, and generally an all around good kinda guy. He’s always friendly and he just radiates good energy – even though our only actual contact has been via the following scenario. 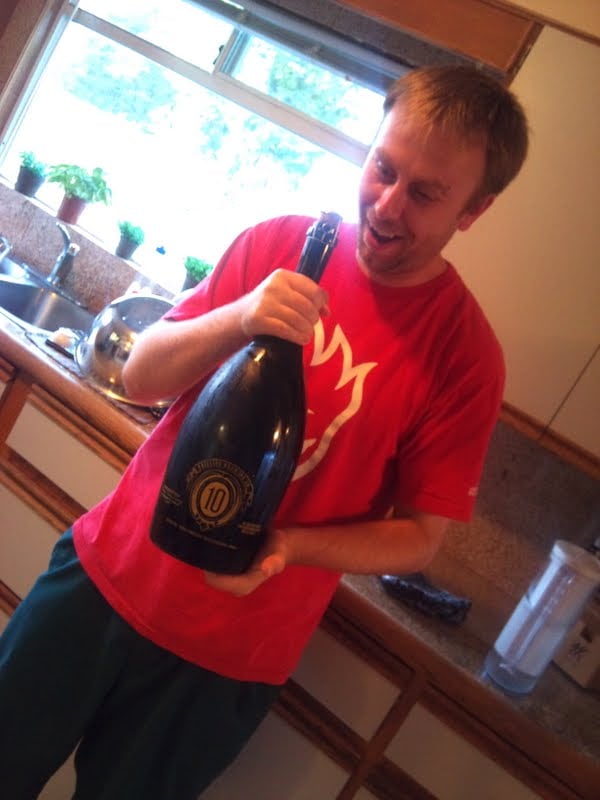 happy john
I’m at work one day (this was a month or so ago), he waltzes in doing the job that he does – he’s a beer rep for Phillips, a local brewery on the island. THE brewery on the island, as far as I’m concerned. Again, not getting paid for this via Phillips (or anyone else for that matter), but I wish I was. So anyway, he waltzes in, gets into conversation with a server about his breakfast the past weekend and my ears immediately perk up. I rudely interject myself into the conversation and ask for details. Nay, I demand them. And then that next Saturday, I get up nice and early and I make… 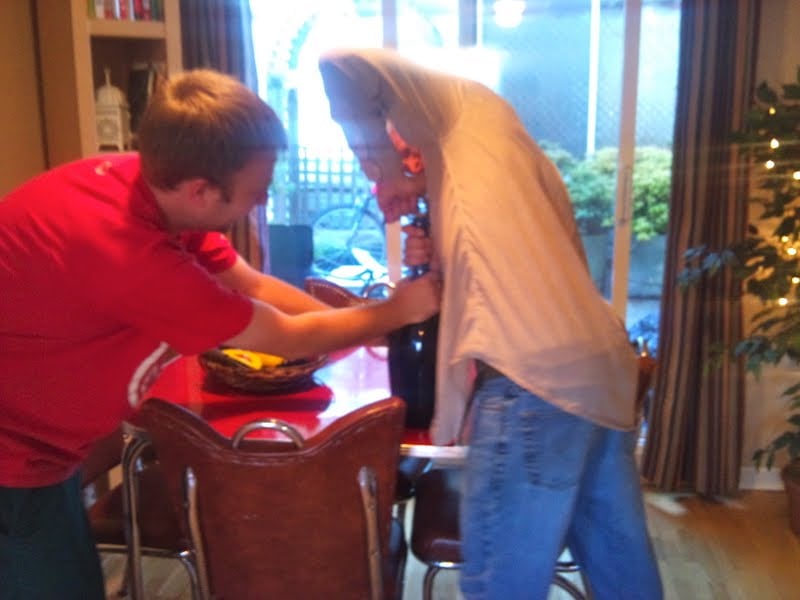 trying (with great difficult) to get that sucker open
Breakfast. Skillet. Cake. 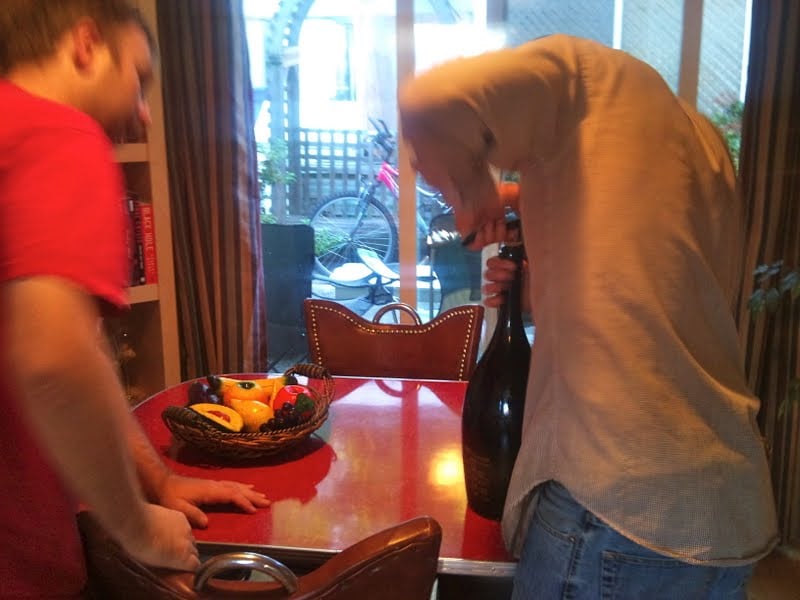 ….20 minutes later…
Essentially, this bad boy is a heavenly batch of pancakes, baked in a cast-iron skillet with all the goodness of breakfast pumped right in – apples, cinnamon, and oh so amazing spicy chorizo via Terra Nossa Farms. We indulged by pouring warm maple syrup over the top, relaxed with our coffee in the backyard – nothing beats the freshness of morning dew – and chowed the crap down on this cake. Heck, we finished it right off. You want to make this breakfast – believe me. Or at the very least believe your tummy… 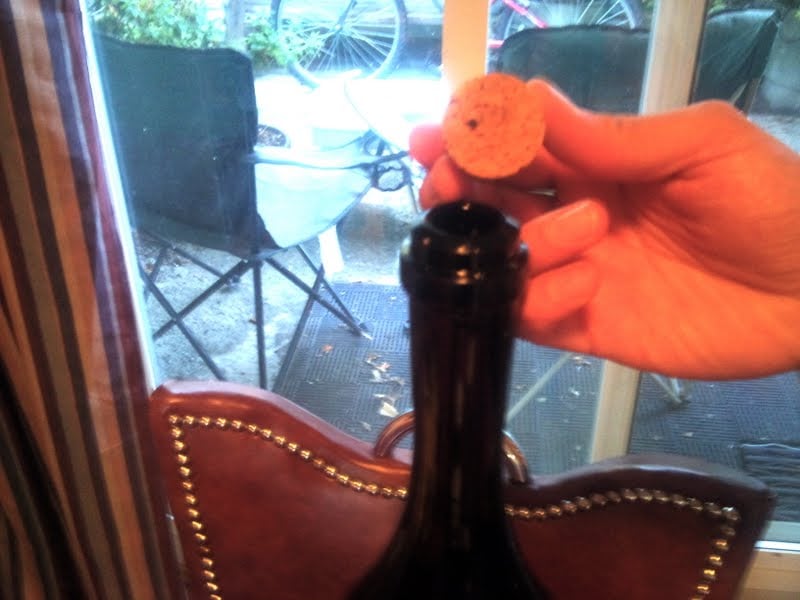 P.S. Speaking of Phillips, they just celebrated their 10 year anniversary! Friend Shane, who is always more generous and thoughtful than one friend should be, brought over a massive 3L special addition commemorative champagne style corked bottle of Imperial IPA as a gift to John and I and the culmination of our new jobs. 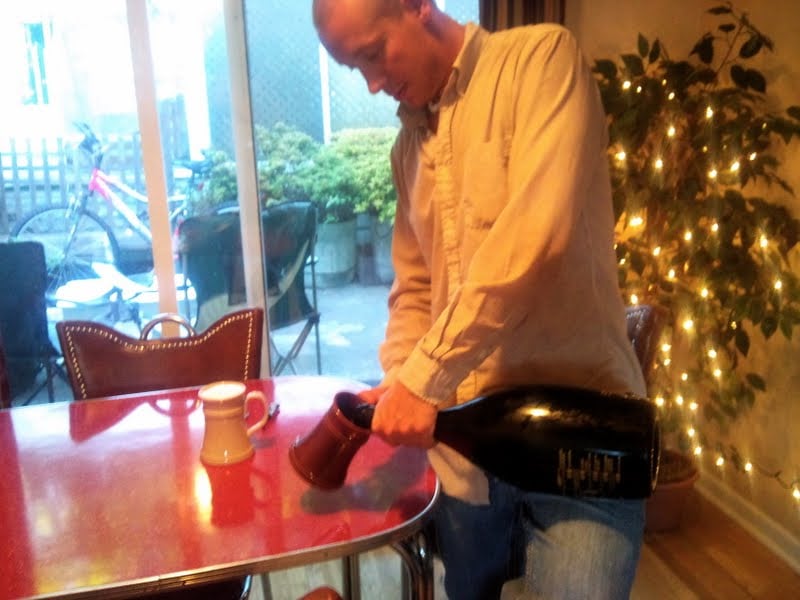 It was hoppy, delicious, and everything I have come to expect Phillips to be. Essentially it was nothing short of spectacular. Oh, and did I mention the alcohol content was 10%? 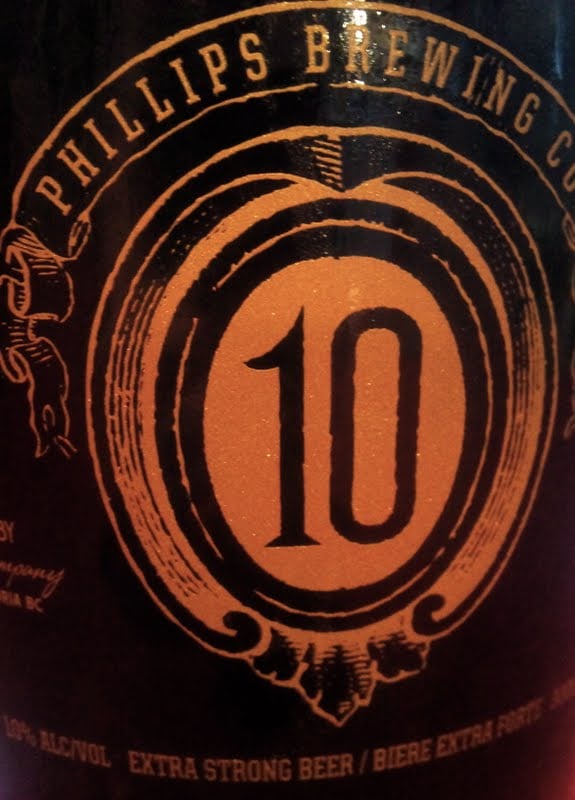 You probably won’t find any on the shelves by now (or if you do, lucky day!), but go try some of their other stuff – I especially recommend the Raspberry Wheat Ale, The Ginger Beer, and the Double Chocolate Porter.

breakfast cakeguilt-free cakeskillet cake recipe
Tomato "Jam" Summer in a bowl? No, in my mouth... please.