I wanna talk about mussels! 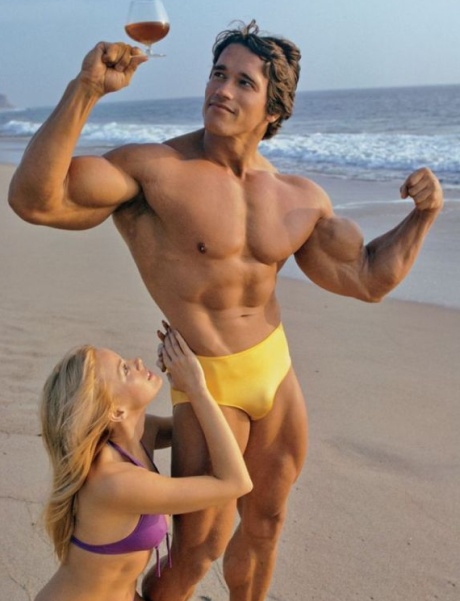 via link
No! Not those muscles… Food mussels! I have to be honest though – young Arnie on the beach with a little booze? Talk about dream boat! You know, except for that whole Republican thing…
It seems a lot of the food I’m making recently stems from inspiration that I’m getting from other bloggers. I know some people have an issue with food bloggers, and rightfully so. Most of us have no formal training in food, nor do we always realize the ramifications that may occur from giving a bad restaurant review. We (can) have a lot of power and maybe that scares some people. That being said, food should be accessible. And the more people we have talking about and connecting through food, the closer we come to a more transparent food system – right from the producers, to the restaurants, to the home chefs, to our loved ones. So food bloggers, blog on! And I’ll keep being inspired.
Right! Speaking of inspiration, this recipe began at Lavender and Lovage. I’ve been dreaming about making mussels for ages and I’m not afeared to admit it – I was a little afeared. I didn’t really know what to do with them, nor did I want to touch a living creature. And the barnacles that get stuck to em? Ew! Creepy! They’re alive too btw. But as part of our New Years Eve feast, I tackled the little monsters. And as it turns out, they aren’t so monstrous. Quite benign actually. And positively sensational! I really wish I’d gotten to it sooner. If you like shellfish, all aboard people!

Before you start you’ll have to clean them. This means dumping them into a bowl and one by one rinsing them very briefly under cold water to remove any sand, snap off barnacles, etc… and if you can help it – get the ones with the “beards”. Don’t worry, they aren’t really beards – they’re just seaweed. I think. They should snap shut as you pick them up if they aren’t closed already (I tapped mine with a spoon before I picked em up), and as you rinse them, if there are beards, pull them off with a firm tug.Do NOT soak your mussels before cooking – these are salt water animals. If you soak them in fresh water = less happy, more dead fish. And if they’re dead, you can’t eat em. After they’re cleaned, place in a separate bowl and set aside. Cook. Once they’re done, discard any mussels that didn’t open during cooking. This means they were dead to begin with and if they’re dead, and you eat em, you can get very ill. Just chuck em in the garbage. The rest are fine. No, wait. They’re more than fine. They’re handsome, plump, gorgeous little morsels that I’m gonna devour. Absolutely devour. 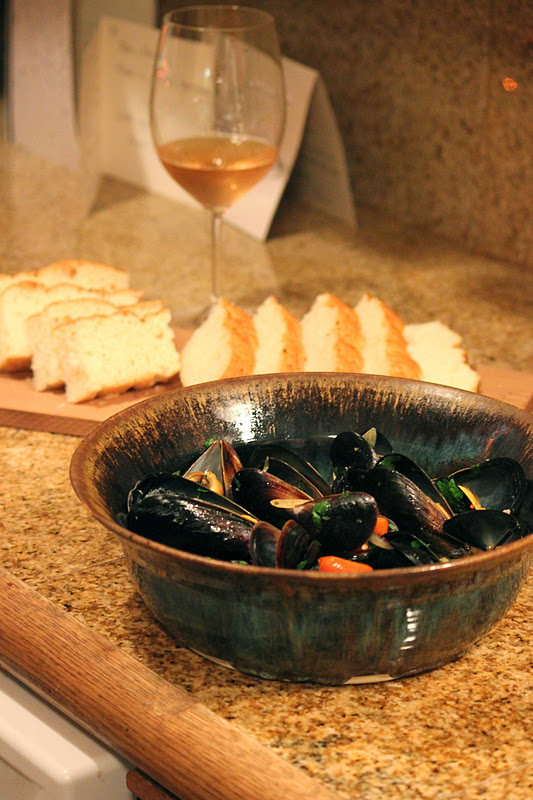