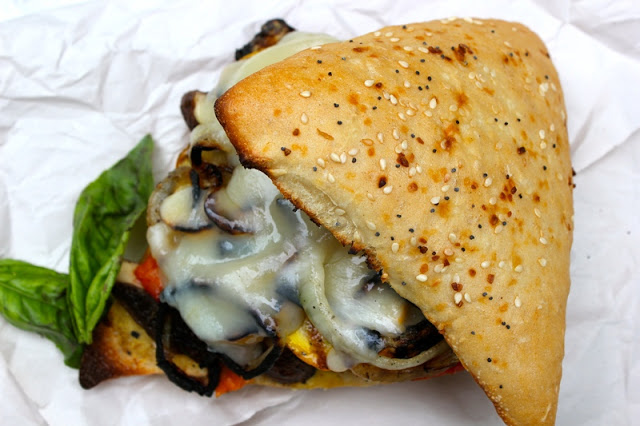 There’s nothin’ like the smokey aroma of grilling food. Whether it’s a steak or potato or ear of freshly shucked farmer’s market corn, that smokey BBQ essence that wafts through the neighborhood is second only to my beloved campfire smell.
And the company that accompanies a BBQ is nothing to be laughed at either. Good friends. Cold beer. Icy spirits. Refreshing wine. Solid music. Hopefully a little beersbie… 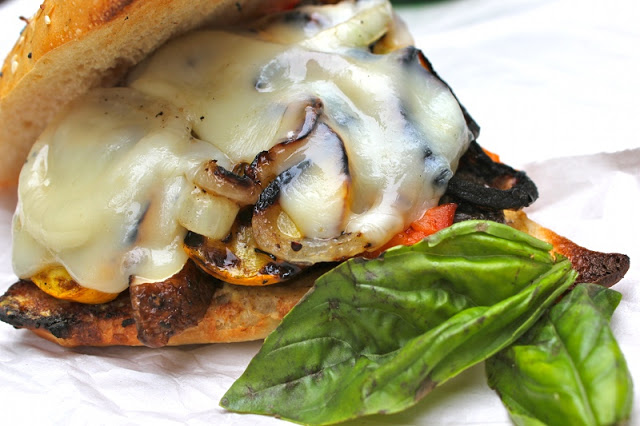 I love me a good BBQ! And I know you must too because who wouldn’t love great food, great friends, great drinks, and great tunes? Exactly!
A good BBQ is what makes Summer so…. so… well,  Summery! And as we come to a close on Summer – c’mon, tell me you can’t feel the new Autumnal chill in the air in the evening – I’m getting in all the Summer I can! 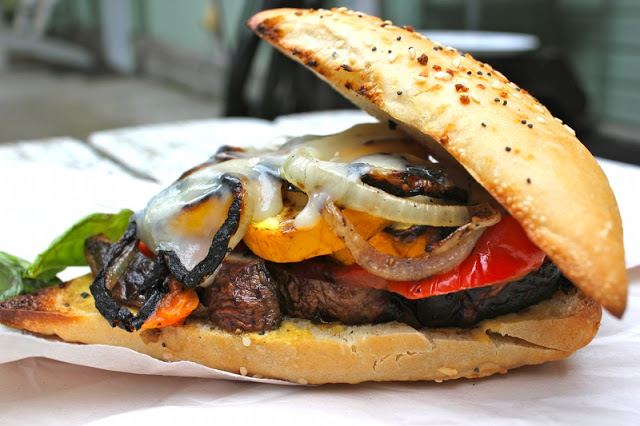 Speaking of Summer, it’s time again for SRC – the last one of the season! SRC = Secret Recipe Club. If you haven’t heard of it – you should get on it. It’s pretty rad. Almost as rad as beersbie.
This month I had Colie’s Kitchen. After pursuing around for a while I came across Grilled Vegetarian Subs. With Summer in mind, I thought, “oh heck yes”.Grilling? Good! Vegetables? Good! Cheese? Good!
I did make some adjustments to Nicole’s recipe. Whilst hers calls for some canned goods I decided to go fresh since pretty much everything on this sandwich is available at the farmer’s market right now – and in such, I marinated my mushrooms for a couple of hours prior to grilling. Also, hers were made in saute pan – I used my BBQ. After all – if you’re gonna make grilled sammies, you might as well grill, yes?
Print