Oh my goodness, darlings!
I have been cooking, baking, rolling and making a big fucking mess of my kitchen for the past 10 hours. Yes, 10 hours. 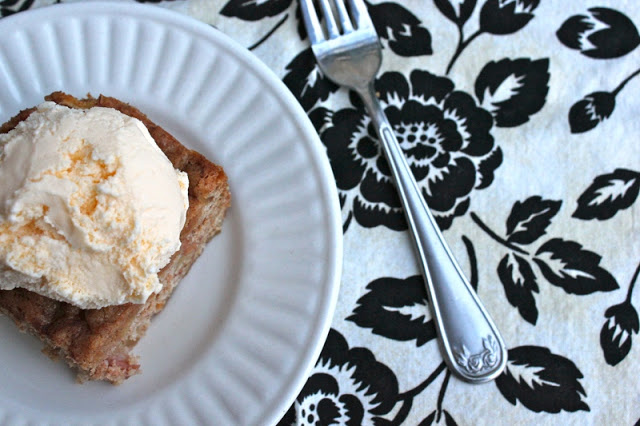 But now I not only (almost) have lunch for the next 3 weeks – hello, homemade from scratch chicken noodle soup. Yes please!! But I also have completed my “cookies” for the Great Food Blogger Cookie Swap, a whack of newly canned savory treats and sparkles in places no sparkles should be. Unless of course you’re going to pay me for a lap dance and bottle of “champagne”. 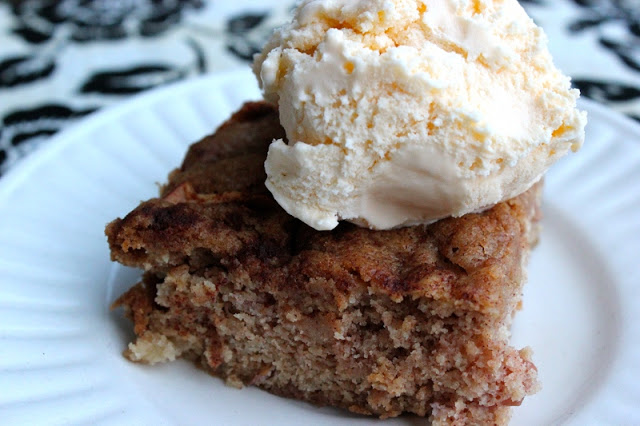 There is something so fulfilling – and exhausting – about making so much real food from scratch. Nothing tastes better, is more satisfying or nutritious than homemade food. Except perhaps a good bottle of wine.
Speaking of satisfying, how about a little Secret Recipe Club reveal day? This month I had Liz’s blog, That Skinny Chick Can Bake. 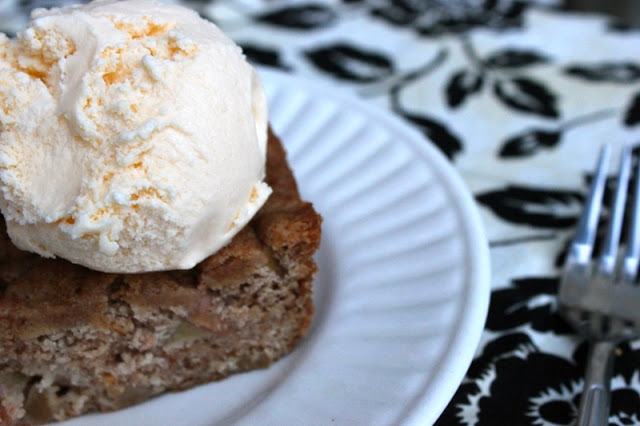 The name of this post is a bit of a misnomer. While it’s definitely SRC, my assignment didn’t actually involve making apple brownies. Brownie in my mind = chocolate. Of some variety. This dish had none. But it did have apples, cinnamon and a whack of butter. And we all know apples, cinnamon and a whack of butter = good.
I followed Liz’s recipe to a T with the exception of two things: cooking time and apples. It took much longer to cook than hers did and I left the peel on the apples because why they heck not? Ultimately, it was everything I was hoping it would be. If you’re looking for a simple but tasty and healthy (apples, right?) dense snack cake, this dish is your dish. Top off with some rich vanilla ice cream and watch your pant size expand & your mouth sing.
Print