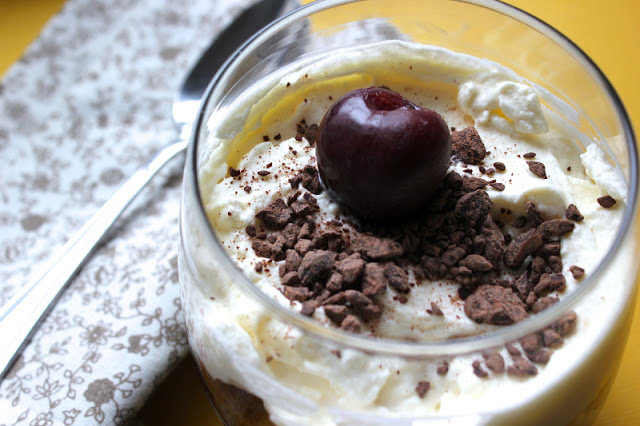 Have you ever over-dosed on caffeine? It sucks. It sucks real hard and real bad and not at all in a good way.
Yesterday I had a french press of Timmy’s coffee when I got up, 2 tea pots of green tea at brunch and then a London Fog afterwards at a business meeting.
I’m not entirely sure what I was thinking. 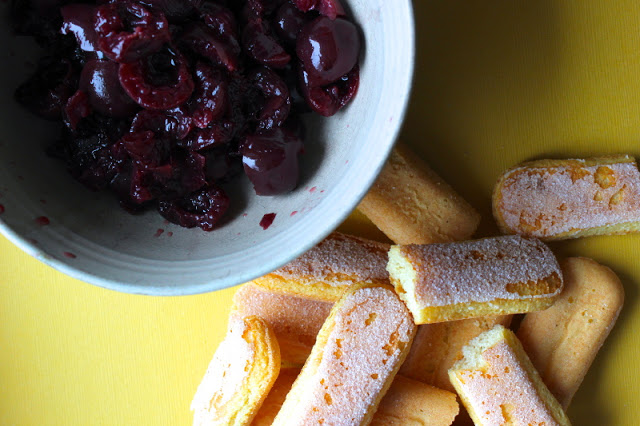 I’m ordinarily a tea kinda girl. I have a couple cups of green tea in the morning and I feel pretty good. When I go camping, I like coffee. But that’s because I put half a bottle of bailey’s in it.
But yesterday I just inhaled the stuff. Not the baileys. The coffee. And the tea. And all the caffeine that came with it. 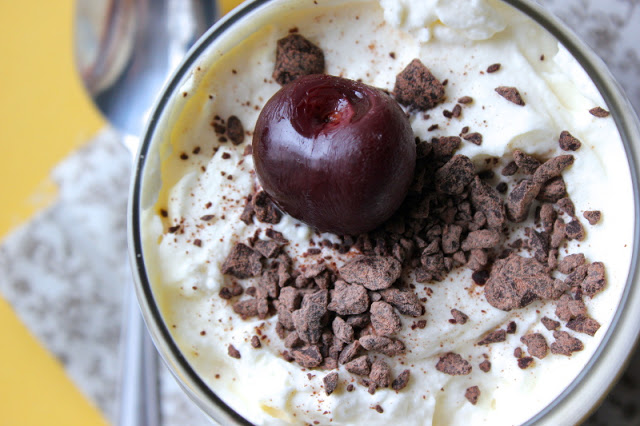 Let me just say – too much caffeine = a whole lot of shaking. From the inside out. Nausea. Heart pounding. Spacey brain drain. Aching, dry eyes. Dry skin. Awful, awful dehydration. I felt like I had the worst hangover ever combined with a second degree sunburn.
Blech. Never again. Never. Again.
Something I will do again? Make bourbon-soaked cherry tiramisu. And then eat it all. 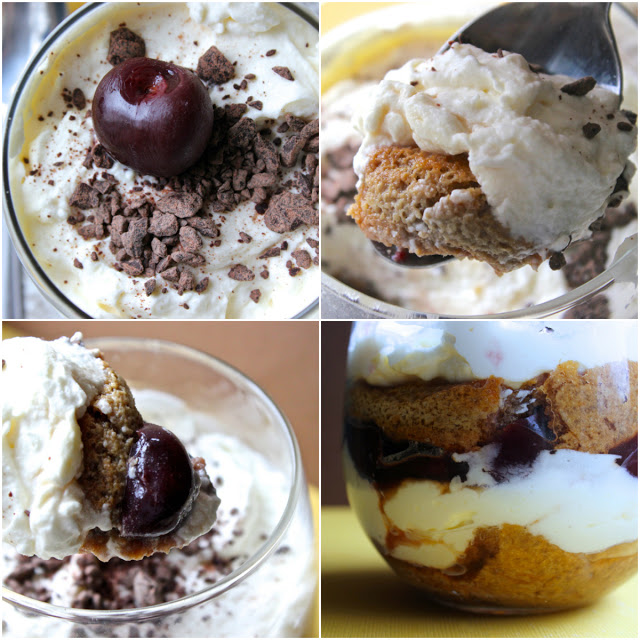 Seriously – this is was one of the sexiest things I’ve ever made. Nay, one of the sexiest things I’ve ever put in my mouth. Ever.
If you like tiramisu (coffee, booze, cake, cheese, cream) – who wouldn’t? …you’re gonna just die with bourbony-cherries tucked inside.
I’m  pretty sure I literally orgasmed over this dessert. Literally. Whoever said food wasn’t as good as sex obviously hadn’t had this… Or has had really, really good sex. 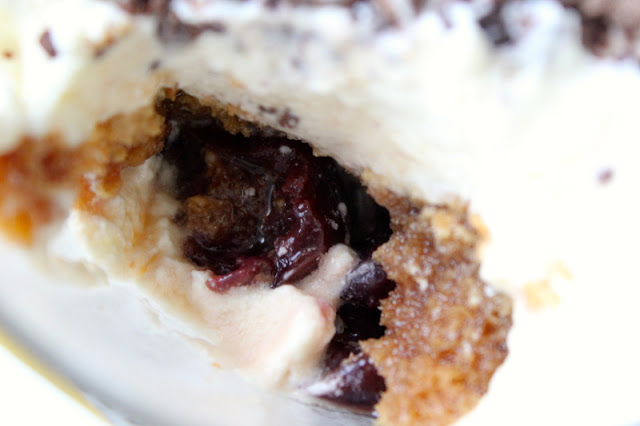 Special thanks to my Secret Recipe Club assignment, Canela Kitchen, for making it first. Her cherries weren’t boozy, but they were the only ones I had access to. Cherries don’t come into season for a couple more months and I happened to find one last extra jar of these ones in the back of my pantry. Score. I also soaked my biscuits more than she did so I doubled the coffee. And as an effect, doubled the booze. Obviously.
…Just don’t eat it after you’ve drank a carafe of timmy’s, 2 pots of tea and a London Fog.
Print