I was watching a television show on the Food Network the other day and I can’t for the life of me remember which show it was or who said it but they ripped on some guy for cooking with bacon. 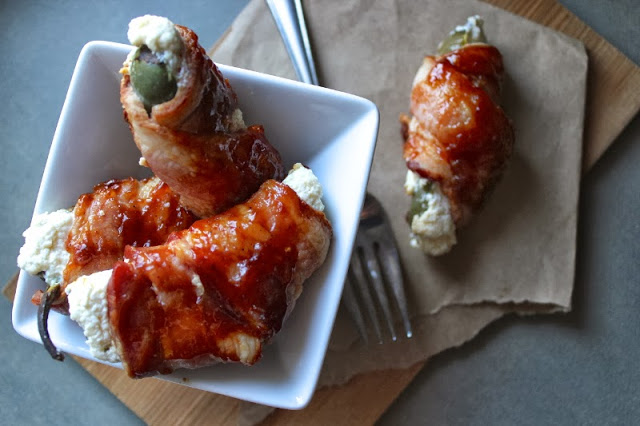 Evidently in the professional culinary world, cooking with bacon is akin to cheating because according to “that guy”, bacon makes everything – literally, everything – better. If not the best. Therefore, it’s a cheap shot at the other cooking contestants to put bacon in his dish because if it weren’t for the bacon, someone would have surely outshone him.
I call bullshit. 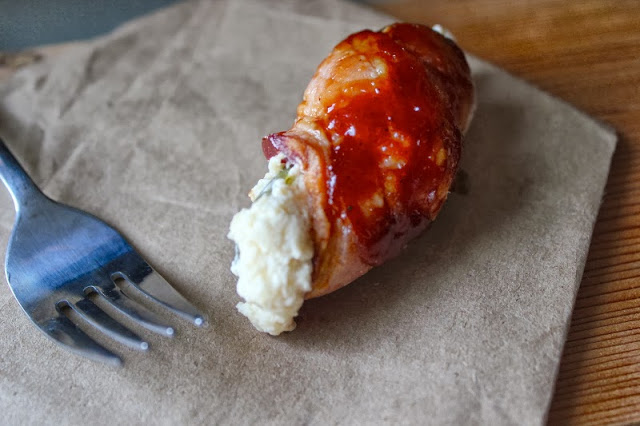 That’s like saying if you put eggs in your quiche, shallots in your risotto or coffee in your Bailey’s (yes, I take my Bailey’s with a side of coffee and not the other way around) you can do only wrong. As if the thing that finishes a dish should be some randomly obscure ingredient and anything that’s got a proven track record – and biological appeal – for culinary delight is nothing short of an offensive faux pas worthy of public retribution…. And you know us Canadians, we wouldn’t want to offend anybody.
There shouldn’t be bacon in his dish??? That’s like saying there shouldn’t be mustard on a hot dog. W.T.F.
If you ask me, bacon deserved to be on that plate. It deserves to be on any plate. Why? Because it’s fucking fantastic! Who doesn’t love bacon?! Even vegetarians enjoy bacon – or at least they would if they weren’t vegetarians. It’s salty, crispy, fatty, fragrantly orgasmic and ultimately, a giant mouthful of pure glee. 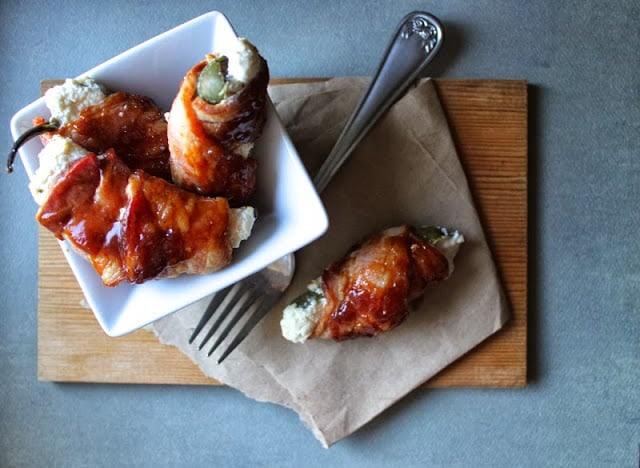 I say to that television judge, and to anyone who poo-poos their elitist hipster & holier-than-thou food ways on the rest of us, eat it. Or you’ll end up like the bacon – coarsely chopped, pan fried till crispy and set amass a bed of creamy kale, match-stick Granny Smith apples and Marcona almonds.
Or even better, thick cut, wrapped around cream cheese stuffed jalapeno peppers and baked to perfection. Does life get any better than cheesy, spicy, bacon? I don’t think so. Which is why I chose this dish for my Secret Recipe Club assignment this month. 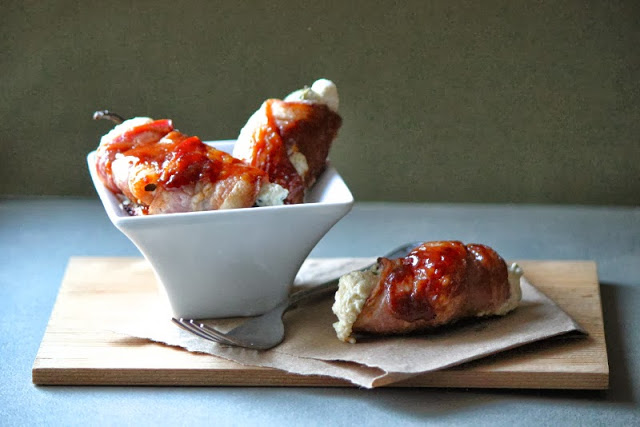 Melissa’s Cuisine is a food blog loaded with recipes that I could really really sink my teeth into. Her passion for food is obvious and between her beer & bacon mac and cheese and her apple bread and German style soft pretzels (I like my carbs, right?) – I really had a tough time selecting one dish. But ultimately I did, because I had to.

The only thing I changed from her Jalapeno Poppers recipe was the cheddar cheese – I didn’t have any. Instead, I used a high quality Parmesan and they were right delightful! You can bet I’ll be tugging a tray of these babies to the next pot-luck sports night I go to – which, I’ll be honest, is likely never. I’m not really a sports party kinda gal. But I’ll make an exception if it means I get to eat these again. Word.

What do you think about bacon? Do you have any ingredients you consider cliche? Anything you refuse to cook with? Insist on cooking with? Share your thoughts below!
bacon popperscheesy bacon poppersspicy bacon poppers
Fall Dessert: Cinnamon Apple "Noodles" Cauliflower Soup