So I got smacked in the face at the grocery store the other day.

Not literally, of course. Most people at my grocery store just keep their heads down, plow through anyone who dares to stop short or abandon their cart in the middle of the isle, and grunt disgruntledly, on occasion. Oh yeah, and there’s a lot of huffing and puffing like they’re gonna blow the line up to the cashier down too. 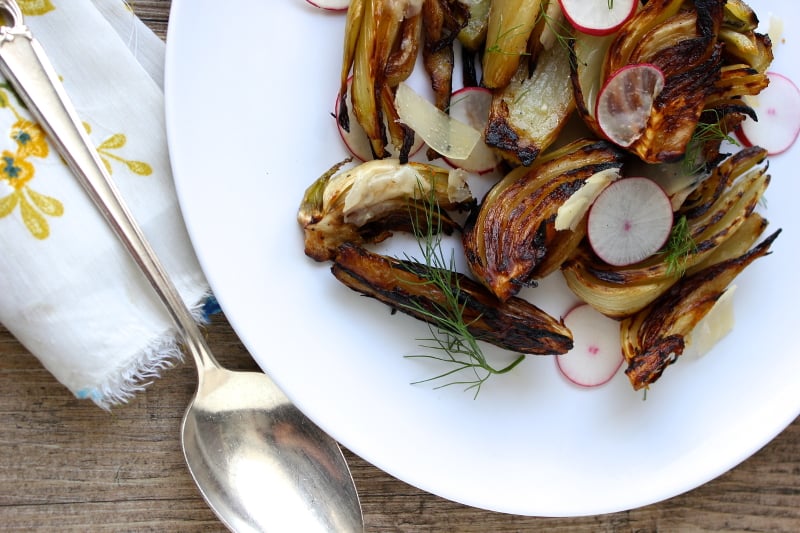 It’s probably because it’s located right on the subway line and everyone who stops through there is either on their way to a job they hate, on their way home from a job they hate, or looking for a job they will hate. I just figure that must be the reason for their anger and impatience because I can’t possibly fathom why anyone would choose to go to the grocery store with so much obvious aggression.

…Maybe they’re all on ‘roids? 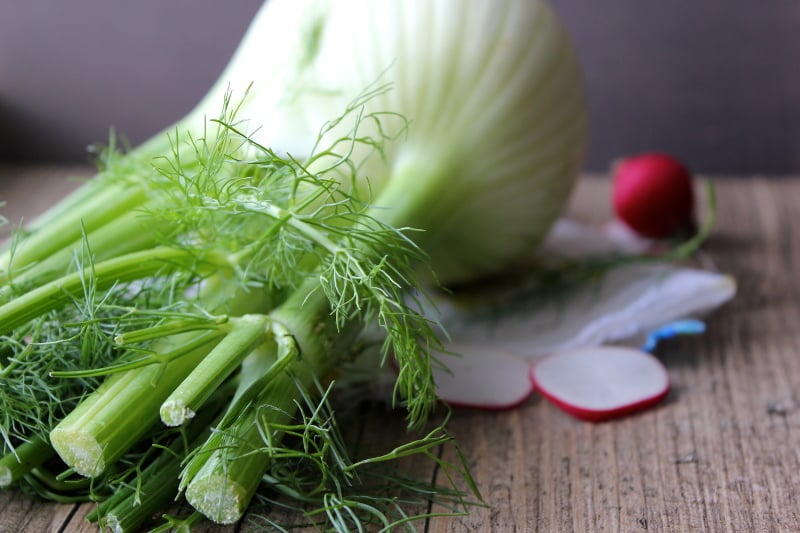 Right. Smacked in the face. So, I got smacked in the face at the grocery store the other day. In an effort to re-focus She Eats – and myself – on seasonal, local ingredients, you know I’m selecting one seasonal item per week to talk with your about. I Googled it, and as it turns out, there is literally NO local & seasonally grown food available in Toronto over the next couple of months. So, forced to make an executive decision, I opted to select an ingredient I knew I could get in slightly less harsh climates this time of year. No, not bananas. Not quite that “less-harsh”. Fennel! For fennel salad! I used to get fennel through the Winter when I lived in B.C., so that seemed a legit choice.

So, I loaded up my arms with 3 abnormally-giant bulbs of fennel and made my way to the till and waited to give the cashier my hard earned bucks, careful to avoid the gusts of wind coming from the line behind me. 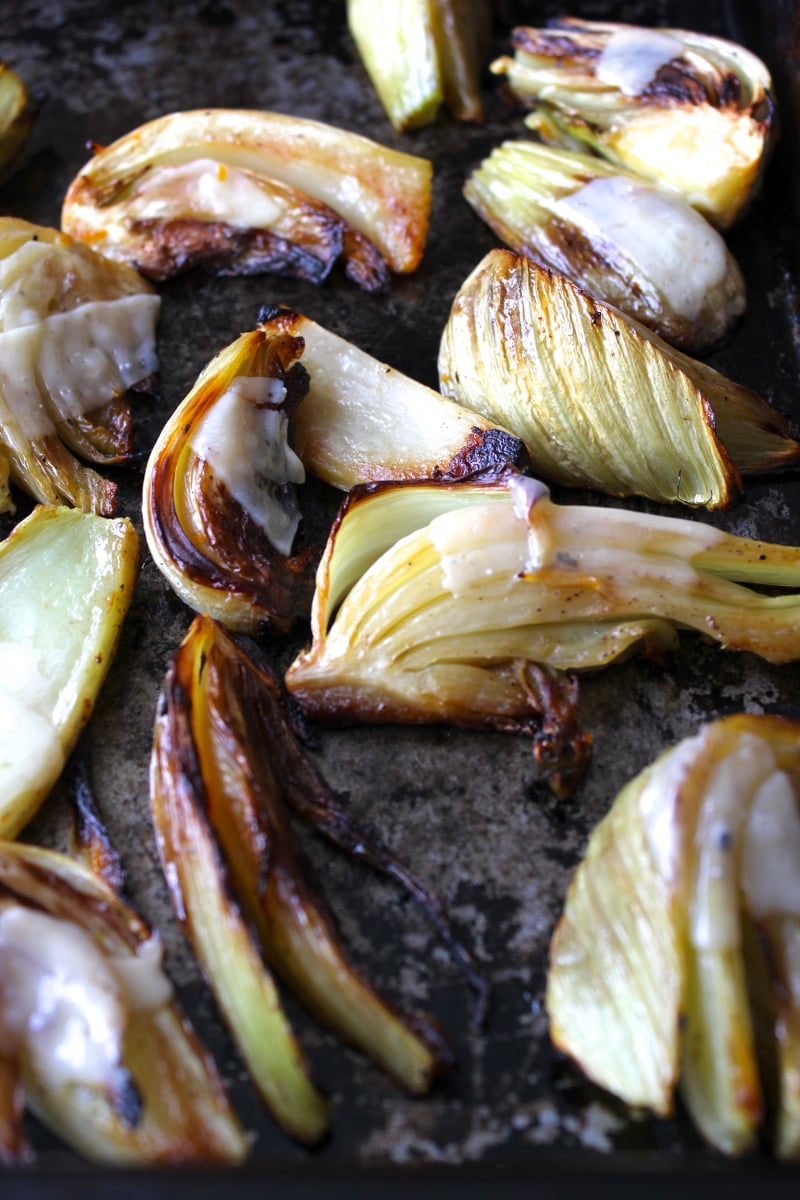 WTF?! TWELVE DOLLARS?! That’s a third of what I used to pay for my CSA box where I got more produce than I knew what to do with! Twelve dollars for 3 bulbs of in-season produce?? And roasting veg at that – that shit should be cheap like ‘yo mamma on a Saturday night! Slap!

Dazed – and confused how my understated Winter Fennel salad (with all other ingredients included) could cost more than I spend on public transit in a week – I asked the cashier to confirm. He did. So, not wanting to make a fuss – and for fear of the gale force winds growing behind me – I shoved the over-priced anise flavored veggies into my re-usable shopping bag and moped home. 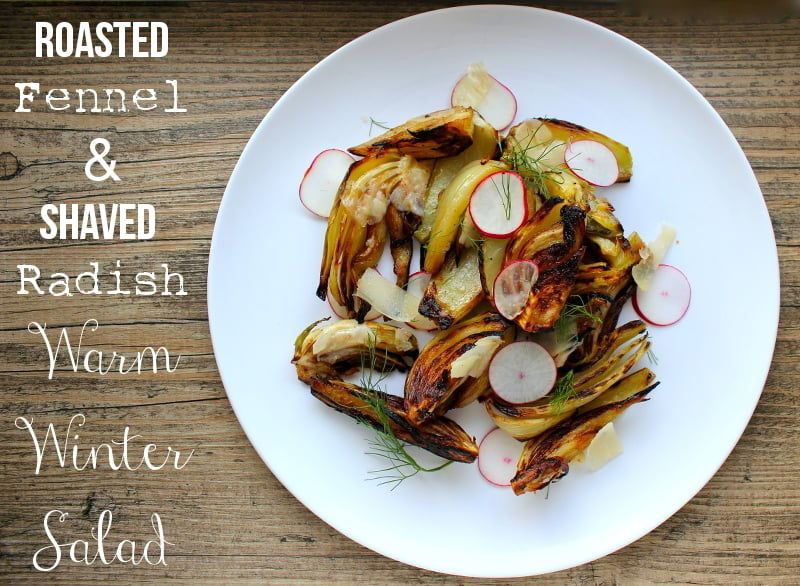 Research, farmers and real food eaters alike regularly tell us that eating in season will save us money. And for the most part, that’s true. Just not at the grocery store where produce that could easily be sourced from local producers, is often shipped in from half way across the planet. I think I’ll be doing more research as to near-by farmer’s markets, even if the only thing on market right now is from storage. Perhaps this is why conventional food eaters think it costs so much to eat local – their only experience with anything remotely seasonal is at their neighborhood chain grocery store. This doesn’t bode well for small scale, local farmers. Or for my wallet.

Lesson learned: Get out, find a farmer, eat their produce. It’s cheaper and tastes better.

All of that being said, this fennel salad tasted pretty fuckin’ good. Roasting fennel reduces the sharp anise flavor you find in it raw, and paired with shaved radishes and a salty, grainy cheese that melts and gets all gooey inside, Winter just doesn’t get any better than this.

Do you like fennel? Any good recipes? Have you had a similar experience to mine? One that contradicts it? Share in the comments below!