13 Secrets About Black Bean Burgers the Government Is Hiding

I’m about to let you in on a little secret. 12, actually. About black bean burgers. And all the things about them the government is hiding from you. Yes, this is all 100% factual and true. Or something.

And then I’m gonna give you a recipe for black bean burgers that will knock your socks off. Okay, it probably won’t do that. I don’t know any food that will literally knock your socks clean off. Getting hit by a moving vehicle? Perhaps. Food? No. But it WILL be delicious and leave you feeling full, satisfied and a whole lot of good. And I’m not even a vegetarian. Plus they’re tasty to boot. 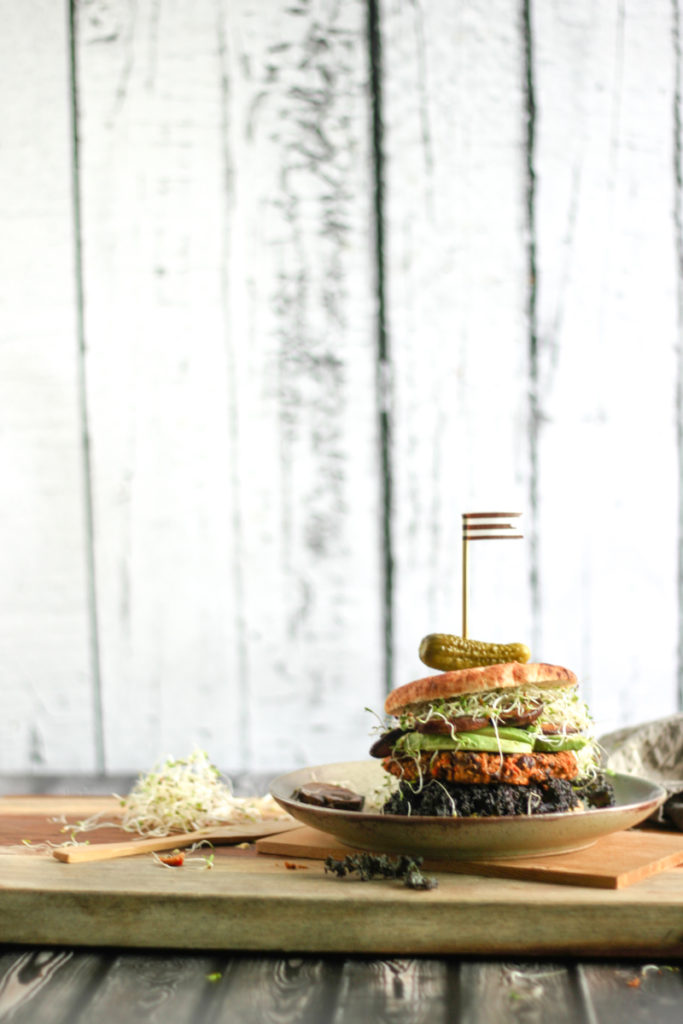 But we’ll get to that. For now. You should probably know the 12 secrets. Right?

1. When the zombie apocalypse goes down, there are lots and lots and lots of black bean burgers for sustenance. You just don’t have access to them. They’re stored in underground, highly secret government bunkers that are being built for the political elite and super rich. And they’re stacked to the balls with lean, healthy, plentiful veggie burgers.

2. They were actually first discovered on the moon. And the Russians were the ones to find them. Because hush hush – they were there first.

3. Aliens. How else would veggie burgers get on the moon? 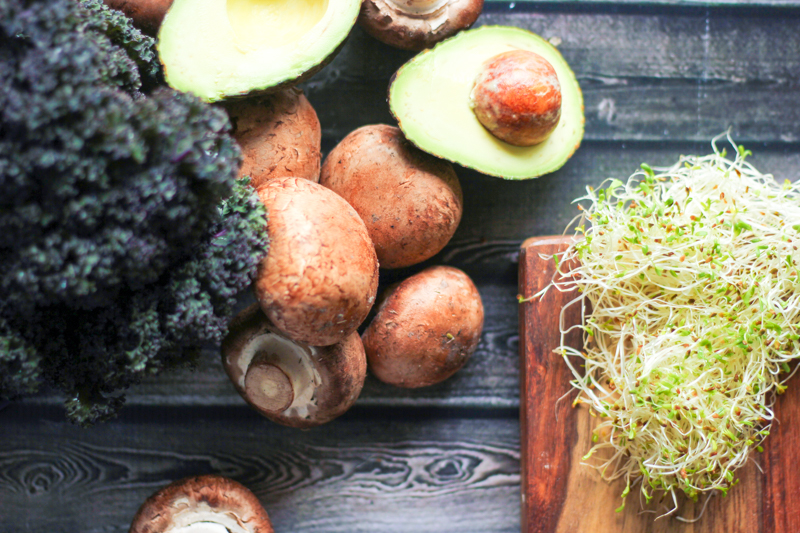 4. Big ag and the US government are in cahoots to find out which black bean burgers are the best so they can genetically modify the most popular crops. Like apples. They’ve tapped your phone, are monitoring your internet clicks and tracking your television usage. There are eyes everywhere.

5. Jesus. You know those 18 years he went MIA? Some claim he was out boozing, sexting, playing darts with his mates and doing the things an adolescent teen boy does. The real truth: He was experimenting with black bean burgers… And he liked it.

6. Dinosaurs existed. They still do. But they’re being sequestered – and flourishing – on a remote island in the South Pacific loaded with veggie burgers, coconut oil and green kale smoothies. And they’ll outlive us all. 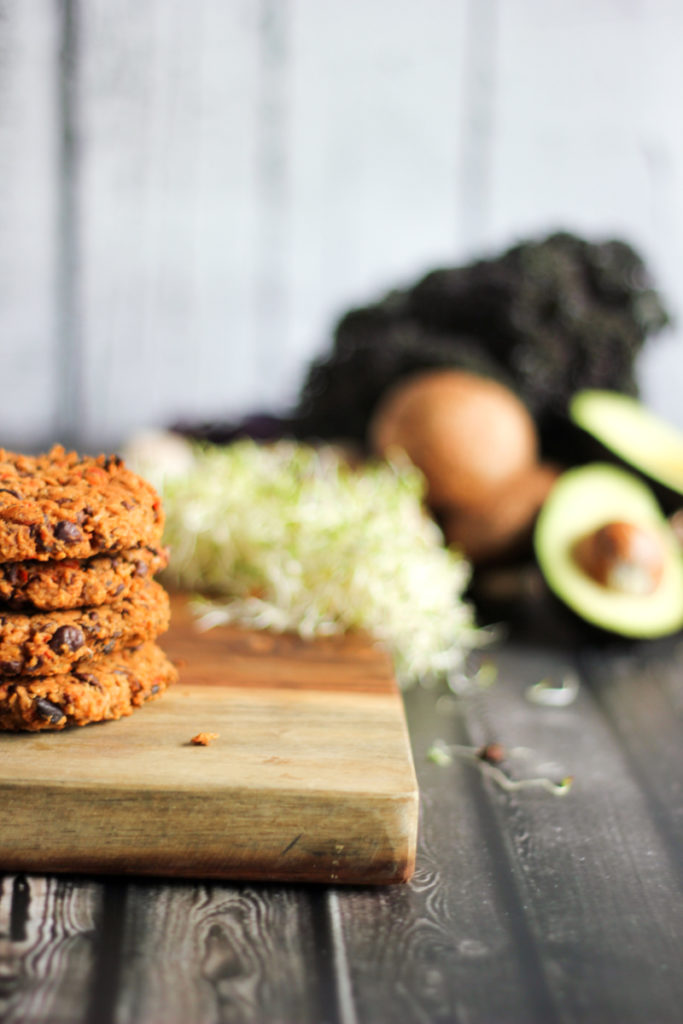 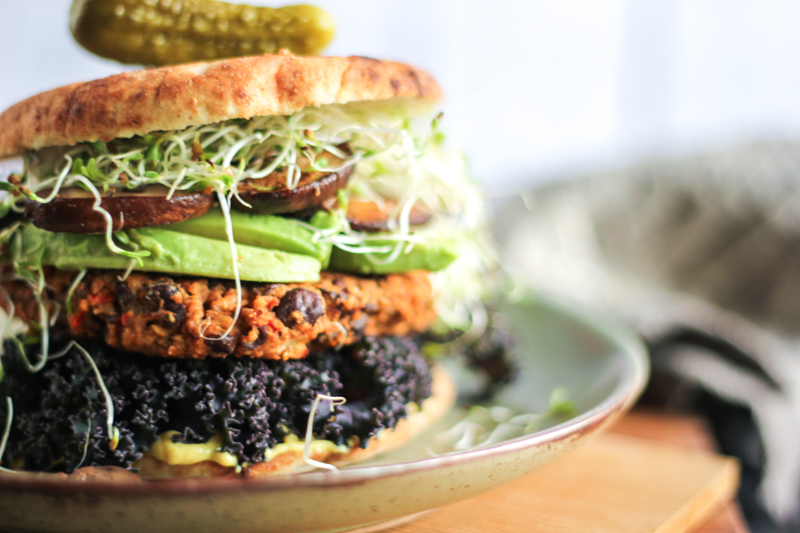 7. Julia Child wasn’t just important in the cooking world. She was also an operative in World War Two for the CIA. What does this have to do with veggie burgers? Nothing. I just thought it was a cool food fact.

8. If it weren’t for Watergate, Russia would still be eating their precious little secret and the USA would never have found out about it. It was the intelligence gained that came from this scandal that led the government to finding out about them. Amongst other things.

9. Kennedy was shot over his unwillingness to share one. 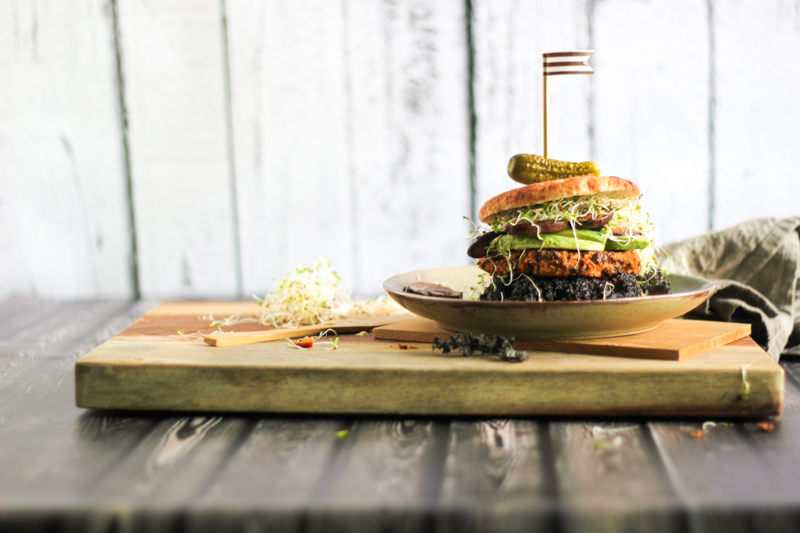 10. Black bean burgers are the key to fighting the detrimental effects of Reaganomics. They’re like farmers – good, wholesome, and delicious. Not that I know what a farmer would taste like. But I’d imagine that if you were going to eat a human, they’d be the ones to go for.

Hm. That zombie apocalypse may be here sooner than I thought.

…Quick. To the bunker!

11. George W. Bush. He IS a veggie burger. But the gross icky kind you buy in the supermarket that’s chemically laden, flavourless, pre-packaged, pro-GMO-soy, and totally fake.

12. They’re loaded with fiber which makes you poop more better. Can’t say the same for your grammar though. Or mine. 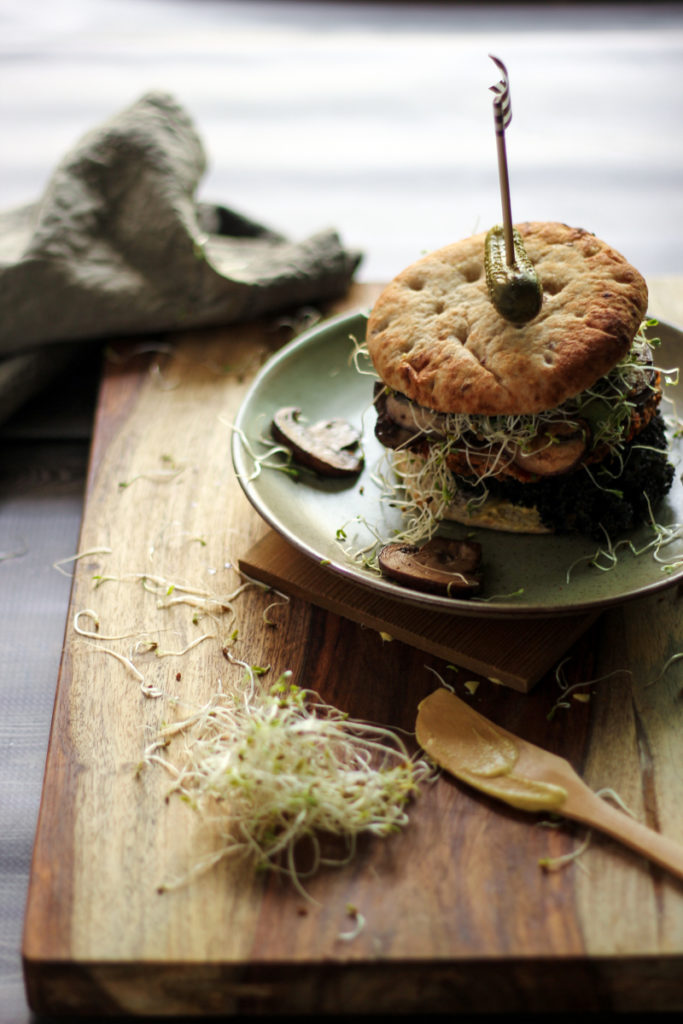 13. Black bean burgers are awesome. They’re just as good as meat burgers. Seriously. If you don’t believe me, let me prove it to you…

Bonus Numero trece (that’s Spanish for 13): I made – and posted – the following recipe years ago. Back then my photography was new (read: bad) and the recipe never really got the love it deserved. So I remade them for the blog 4 years later (almost to the day) and here they are. In all their fresh vegetable, healthy protein, delicious glory. 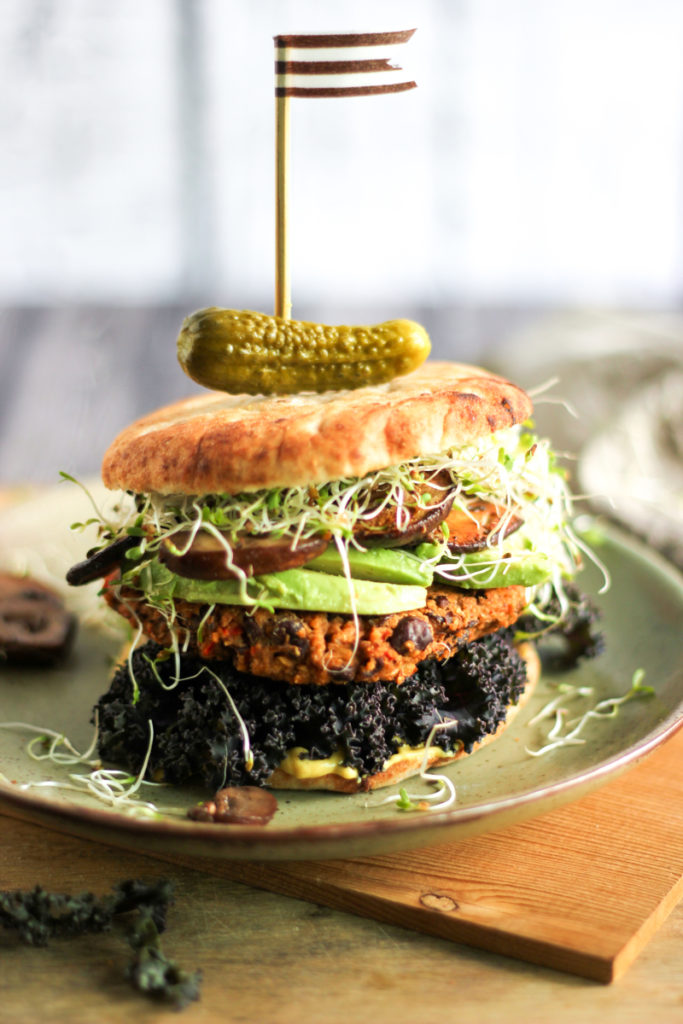 Do you have a go-to recipe for veggie burgers? Ever try one? What is your government hiding from you? Know any good conspiracies? Who’s hungry right now?