My friend, I think we should talk about something that nobody wants to talk about: Getting stung in the hoo-haa (vagina type area for those of you who don’t like calling lady bits by cutesy names) by a swarm of angry bees. 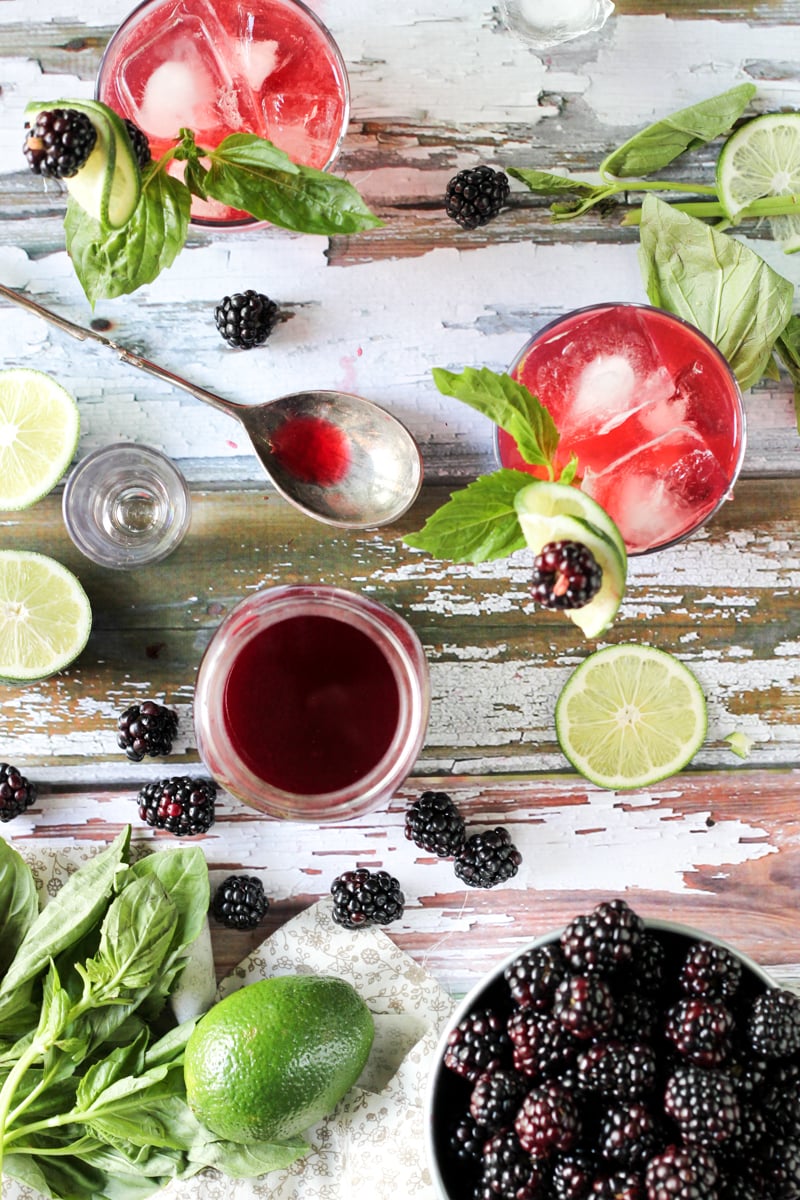 Nay, a swarm of mean, pissed off, crazy like Gnarls Barkley wasps.

Does anything else scream Summer more than that? You know, other than the screams that erupted from the deepest recesses of me? Both literally and figuratively. 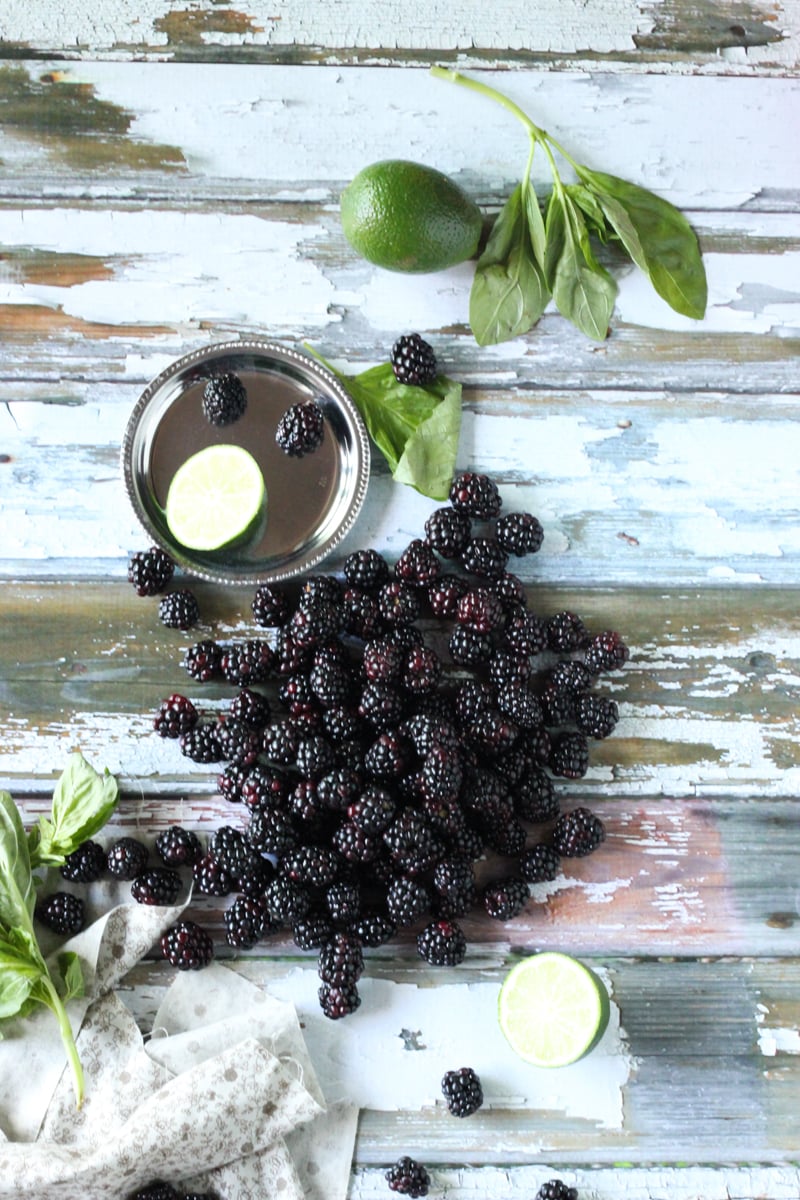 So, a close girlfriend and I were walking her pups all nice and Summer like along a trail on Vancouver Island just outside Victoria. Now, if you’ve ever been to Thetis Lake you’ll know 2 things:

1. Much like most houses (and lady parts), there’s a front door and a back door. The front end of the lake is a bustling, crowded sandy beach that’s immediately adjacent to the car park making it very accessible and easily overrun by families and giant sun umbrellas.

The back entrance though is far less busy. You drive around the far end of the lake, stash your vehicle among the blackberry bushes and hike in with your dogs off-leash, cold refreshing beers in tow. You find a rock nestled half in the sun, half in the water, making it relatively safe to slip in for a dip as the sun sets for the evening, elongating the shadows of the trees, coaxing them to dance on the picturesque lake that lays before you.

2. There are naked people frolicking through the woods and thick underbrush of the park. But that’s a different story. 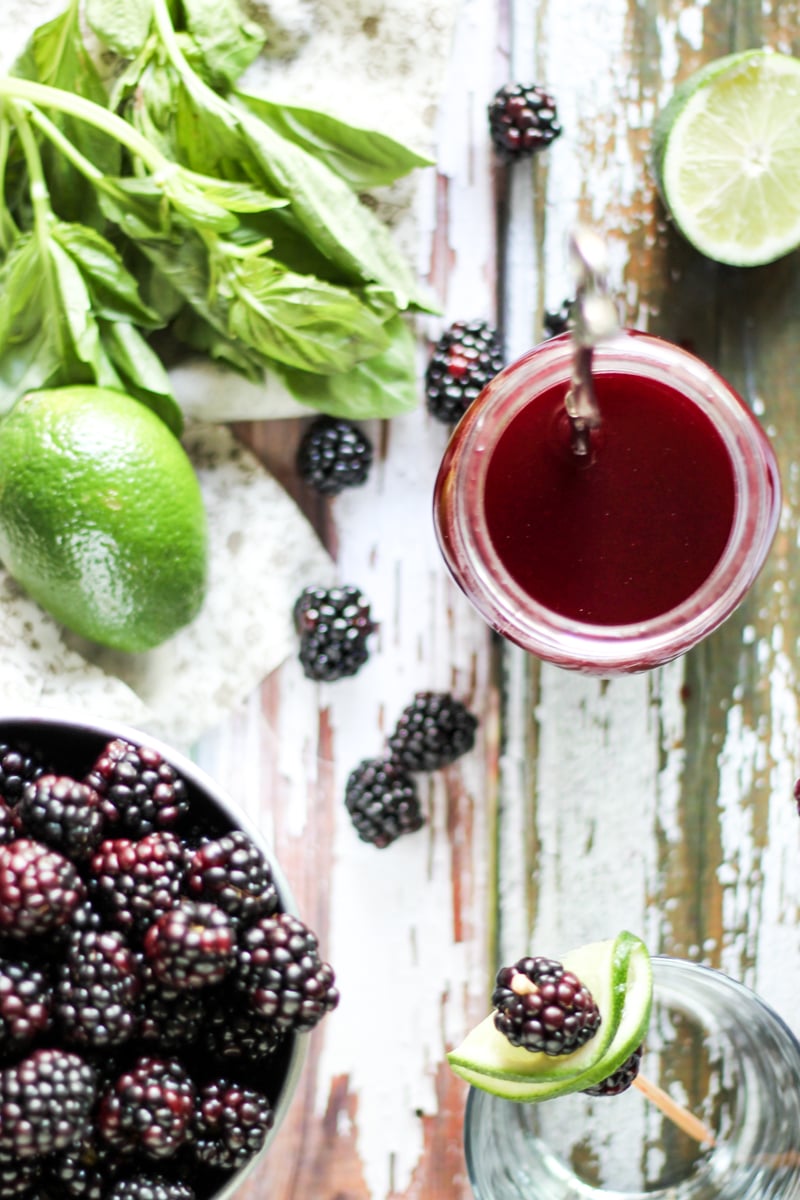 This one time before we found our rock however, we took the dogs for a good jaunt through the trails at the far end of the lake. Half way (3 beers) through our escapade, I had to pee.

There are no outhouses at the back end of Thetis lake.

So, like a couple of good wilderness girls would, I darted into the trees whilst my friend stood watch to make sure no one would inadvertently see a little (ahem, yeah right) white bum poking out from behind the brush while I did my biznass. Hey – after 3 beers, a girl’s gotta go.

Like that was the worst thing that could possibly happen. 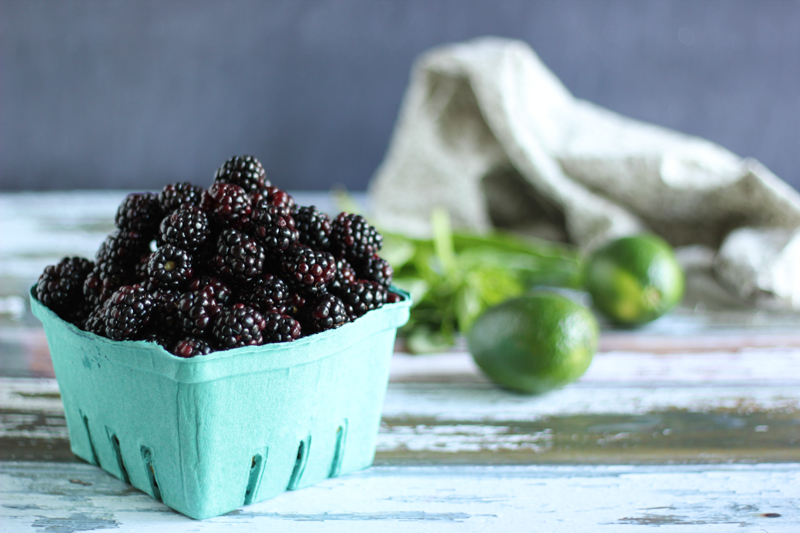 Now, I know all about not wiping your bits with poison ivy and being mindful when foraging for edibles in the forest and that you can’t actually establish a “pee perimeter” camping (it actually attracts wildlife to your campsite). What I failed to consider was that peeing on wasps = bad.

So there I was, all hunkered down in classic nature-pee-squat position, mindful to avoid my shoes and not fall over mid-stream, and I went.

Half way through, an incessant buzzing began. Evidently a fairly aggressive wasp needed to pee too and I figured this must be a very popular tree.

Suddenly it occurred to me that maybe they didn’t so much need to pee as they’d rather I didn’t. 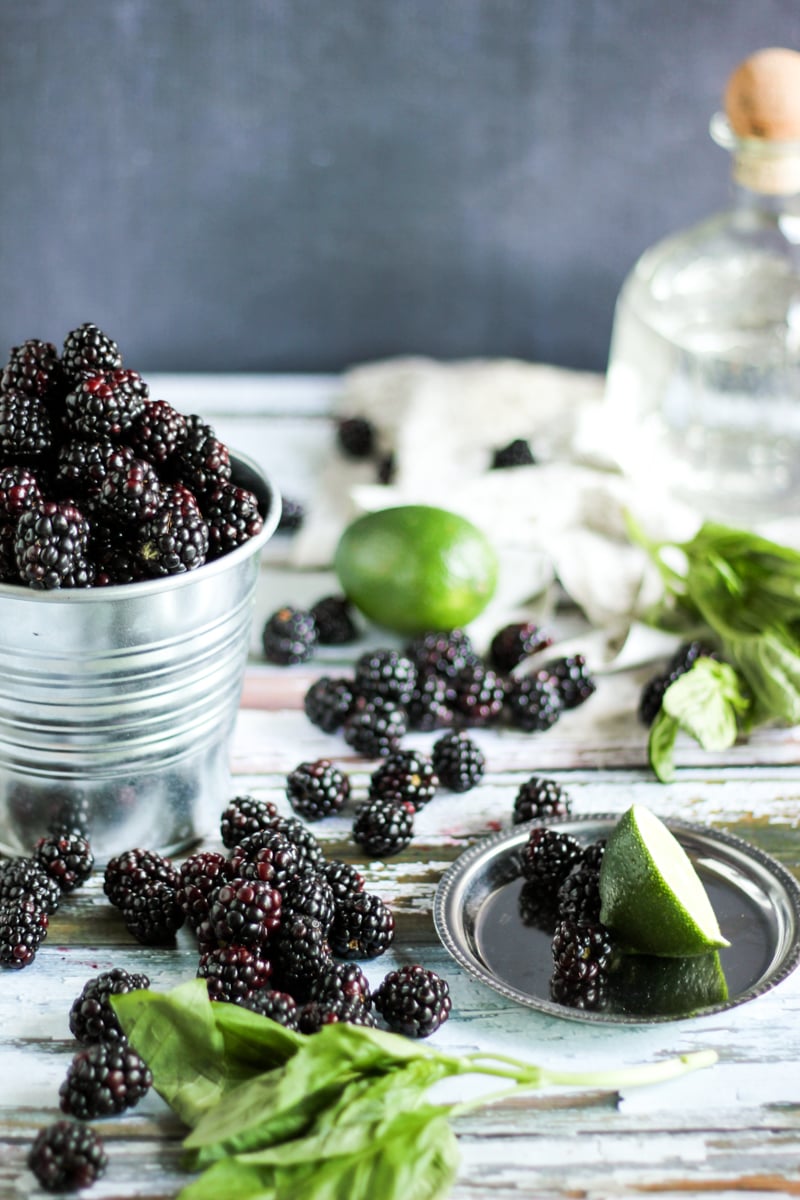 All of a sudden there were dozens of them. Hundreds. Thousands! And I was full moon deep in the back of the woods. With their nest directly behind/under/around my exposed, ahem, “stuff”.

I jumped. I screamed. I swatted. I swore. I ran. 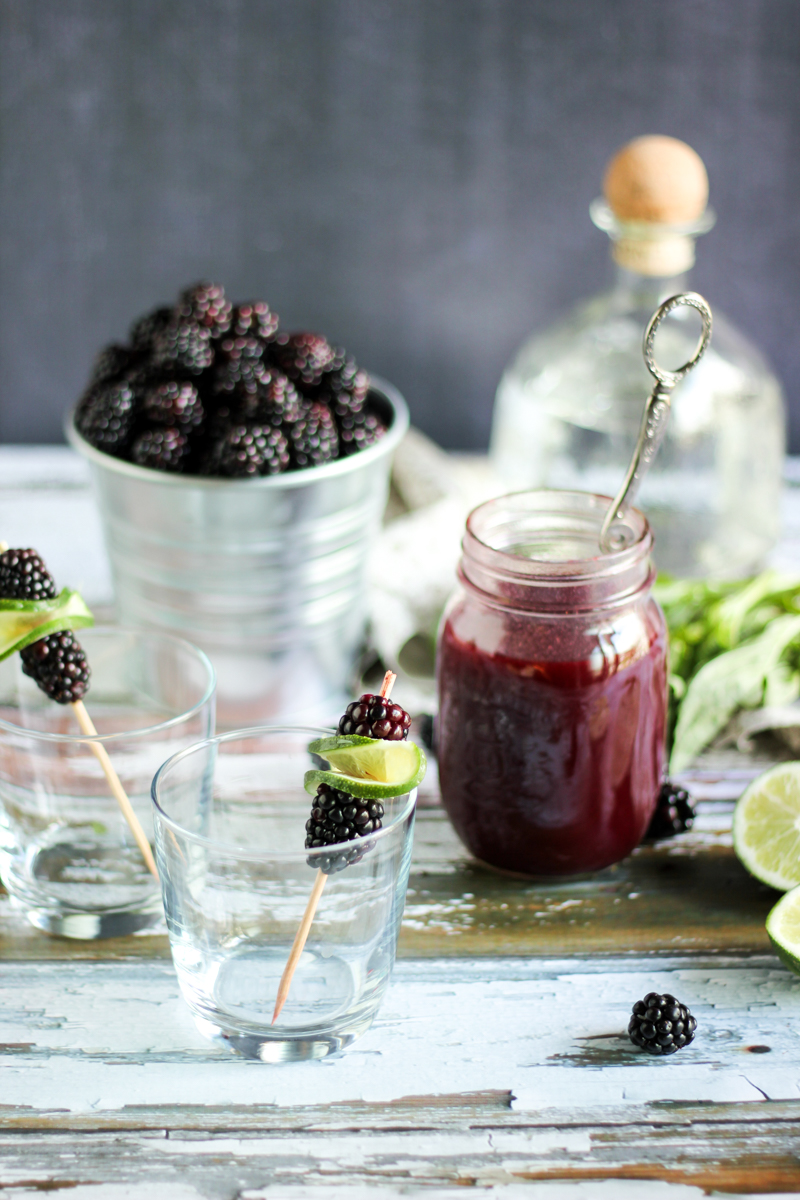 As I bolted out of the bush, pants barely around my hips, arms flailing all over the place, my friend assumed I was merely having a spaz attack (as I’ve been known to do from time to time). But I could feel them. Stuck in my now drawn-up pants, crawling through my hair, buzzing around my ankles. Gingerly – and a bit too casually if you ask me – she picked up a stick and proceeded to comb through my locks. And then she saw them. And they were upon us.

We both started shrieking and running as quick as we could, the dogs unsure if they should be defending us against the attack or leaving us in their dust. Four legs carry a body much faster than two. 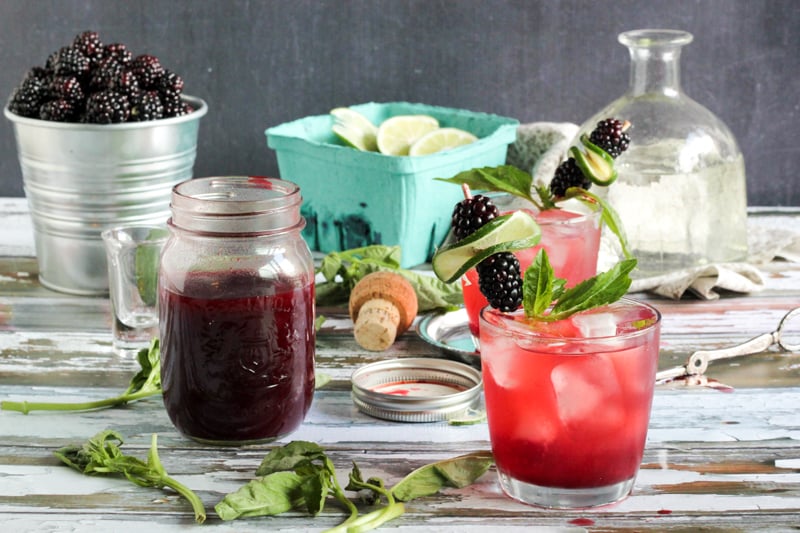 Eventually we got away. And no one died from anaphylactic shock. But there were bites and stings. All over me. All over her. All over the dogs. And probably all over that poor, unassuming tree.

A swim (and another couple of beers) were in order. So we piled onto a rock and very quickly submerged ourselves in the cooling water of the lake. And hoped we didn’t drop unconscious mid-stroke.

…And that’s how I got a nest full of angry wasps all up in my junk.

It should be noted that I don’t typically make urinating in public a regular thing, nor do I dislike wasps (though they are far less cute and helpful than their Hymenopteric cousin, the honey bee) – just that there is a lesson to be learned.

And that is, don’t pee on a wasp nest. 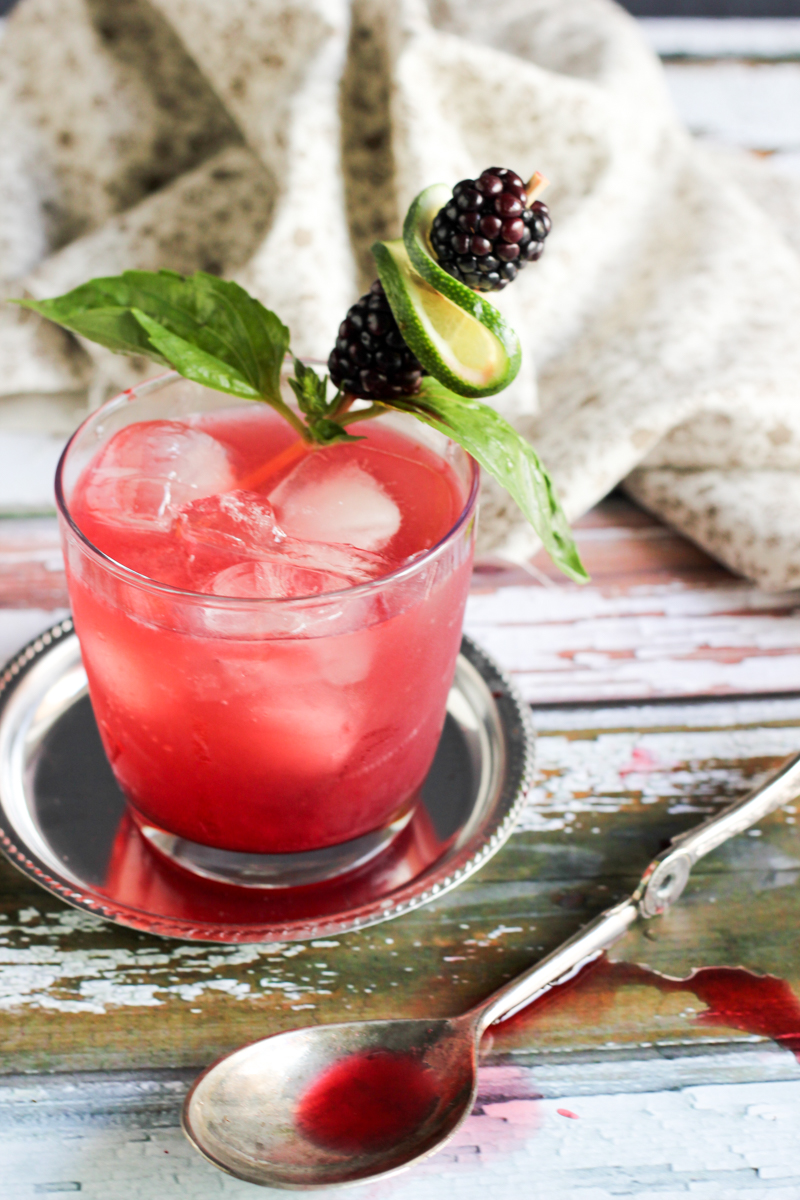 But do experience Summer. Go ahead and pee in the woods if it feels right to you. Frolic naked if you dare. But whatever you do, definitely have a few fizzy lime & blackberry shrubs.

Let me tell you, my friend. I have finally done it. For realz. I have perfected the blackberry. As if blackberries weren’t already pretty damn perfect in their own right. But hell, add some tequila, fresh basil or mint and top it off with a few ounces of sparkling water and you have a complete – and utterly delicious – toast to Summer. 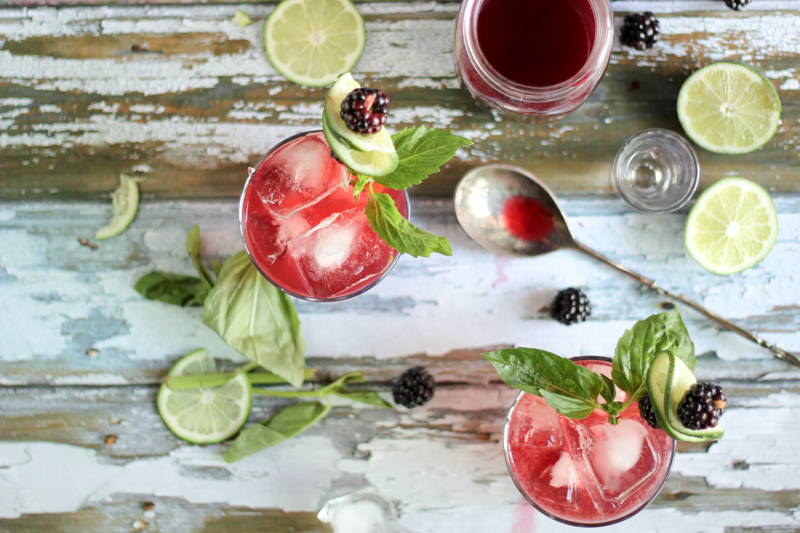 Before we get to the recipe, I’m giving a huge tequila induced shout out to Kate Ramos at ¡Hola Jalapeño! for organizing all us crazy margarita-infused food minds to celebrate Cinco de Mayo and #MargaritaWeek… And for giving me a reason to drink more tequila.

Be sure to check out past #MargaritaWeek creations by visiting Kate’s site. If you like margaritas (and clearly you do, which is why we’re such close bffs), you’ll like her stuff. Then you’ll drink tequila. And then do a fairly unbalanced jig about it in the streets. Because yum. Or in my case, through the forest.

Seasonal liquid nourishment AND uncoordinated flailing in public? Count me in. Now let’s count you in too. 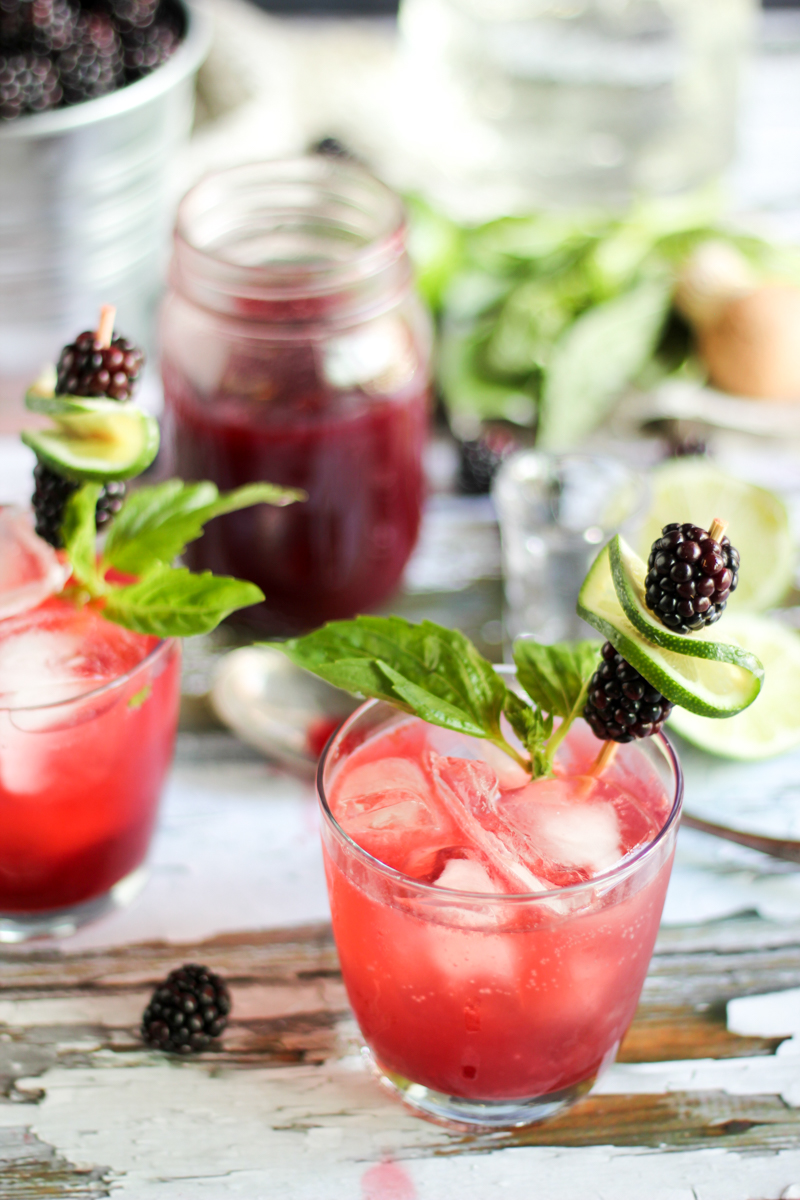 Consuming this Fizzy Lime & Blackberry Shrub truly is drinking the Summer. Whether you forage your blackberries from the lake, steal (ahem, borrow and repay in pitchers of this luscious and refreshing drink) from your next door neighbour, or buy them in bulk from the farmer’s market, this cocktail will make. your. Summer.

Cheers my friend – to the Summer, to good company and safe lady parts.

For the Drink (Margarita):

To Make the Shrub:

To Make the Cocktail:

Don't just throw away the blackberry solids. Use them as a topping for oatmeal or pancakes! Uh, yum.